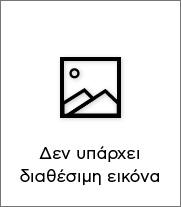 ELEANOR CATTON was born in 1985 in Canada and raised in New Zealand. Her debut novel The Rehearsal garnered prizes and acclaim around the world, including the 2009 Betty Trask Award. It has since been published in 17 territories and 12 languages. She holds an MFA from the Iowa Writers' Workshop, where she also held an adjunct professorship, and an MA in fiction writing from the International Institute of Modern Letters. She lives in Auckland, New Zealand. See our Author Page for Eleanor Catton More books by Eleanor Catton