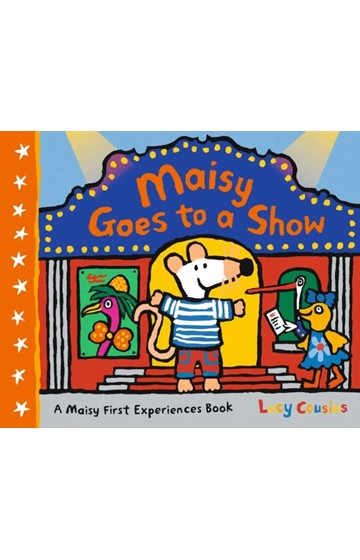 MAISY GOES TO A SHOW

This read-aloud story from the multi-award-winning Lucy Cousins is perfect for teaching toddlers what to expect when they attend a live performance, from a school production to a West End show, and anything in between.

This read-aloud story from the multi-award-winning Lucy Cousins is perfect for teaching toddlers what to expect when they attend a live performance, from a school production to a West End show, and anything in between.